The ELLIS honours programme is for talented master students at the University of Amsterdam, allowing them to connect with leading researchers and top-tier academics in their field. As an ELLIS honours student, you will conduct a research project supervised by two ELLIS members at different ELLIS sites, and you will make an ELLIS-sponsored visit to your co-supervisor. A more detailed description of the programme and information on the application procedure can be found here.

The first work by the ELLIS master honours student Lars Holdijk is accepted for publication at the prestigious NeurIPS conference. The work, done in collaboration with dr. Priyank Jaini and prof. Max Welling, focusses on the exploitation of symmetries to improve the modelling of complex distributions. Applying the method to molecular structure generation, they show that incorporating the natural symmetries of molecules in the modelling process allows for efficient sampling of complex atom structures such as aromatic rings.

Lars will virtually present the work at the NeurIPS conference in December later this year.

We focus on the problem of efficient sampling and learning of probability densities by incorporating symmetries in probabilistic models. We first introduce Equivariant Stein Variational Gradient Descent algorithm — an equivariant sampling method based on Stein’s identity for sampling from densities with symmetries. Equivariant SVGD explicitly incorporates symmetry information in a density through equivariant kernels which makes the resultant sampler efficient both in terms of sample complexity and the quality of generated samples. Subsequently, we define equivariant energy based models to model invariant densities that are learned using contrastive divergence. By utilizing our equivariant SVGD for training equivariant EBMs, we propose new ways of improving and scaling up training of energy based models. We apply these equivariant energy models for modelling joint densities in regression and classification tasks for image datasets, many-body particle systems and molecular structure generation. 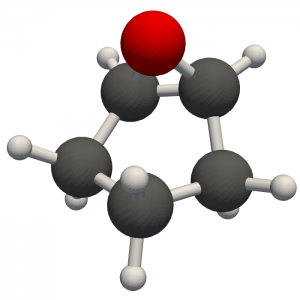